Los Banos, California (January 16, 2020) – 59-year-old Tiem Lam Phu of Los Angeles has been identified as one of the two parties injured in the Tuesday evening multi-car crash that claimed a man’s life in Los Banos, according to authorities.

As per the CHP officials, a 40-year-old man was heading westbound on Highway 152 in a 2006 Volkswagen on the number one lane at an unknown speed when he allowed his car to cross over the median. The Volkswagen then spun over and entered eastbound lanes of Highway 152 and was hit by a 2009 Freightliner big rig.

Tiem Phu, the semi-truck driver, was hauling a trailer in the number two lane at the time.

As a result of the impact, the 40-year-old man was ejected. The big rig continued driving south off the roadway and it slammed into an exit sign and a barbed-wire fence.

The Volkswagen spun into the median before bursting into flames. The Volkwagen’s front axle was detached and thrown into the westbound lanes of Highway 152 and was struck by a 2015 Nissan driven by Felipe De La Cruz, 29, of Santa Clara.

The Volkswagen driver was pronounced dead at the scene. The deceased’s name was not immediately released awaiting notification of next of kin.

An investigation is ongoing. 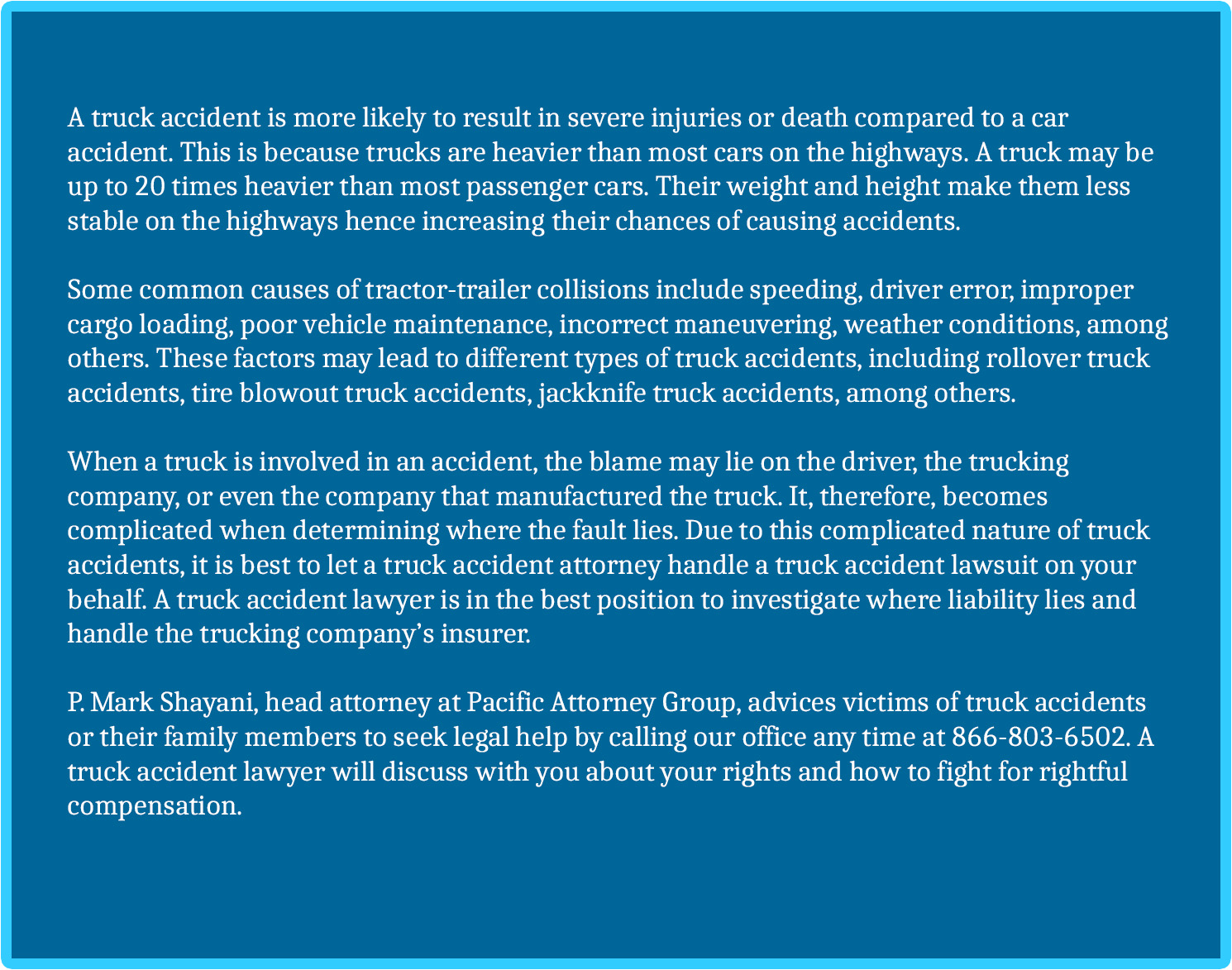